Until this weekend it's been in the 50s and 60s most days in Philadelphia. So, after Christmas, Bill and I packed a snowboard, three pairs of skis, three pairs of ski boots, a pair of snowboarding boots, enough warm clothing to outfit Siberia, a case of beer and some cheddar Goldfish and drove until we found winter, or something like it.

Lake Placid cooperated -- a foot of snow fell while we were there, opening the primary cross country area for the first time of the season. We also got to downhill on some fresh stuff too, which was better than we expected.

The first day we skied it was 37 degrees. The next day? Negative 15. Nature is silly sometimes. 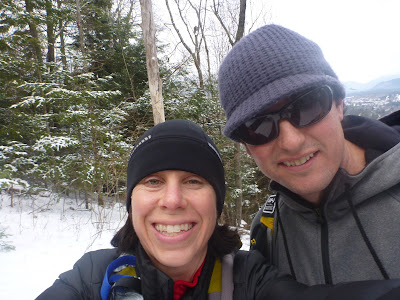 So happy to see snow! 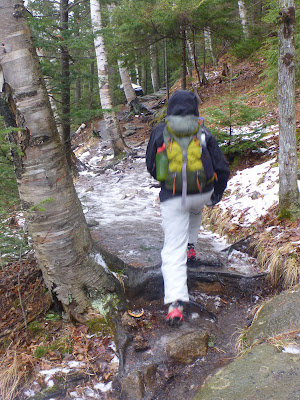 Hiking Mt. Jo. I had to strip down to a t-shirt
because it got so freakin warm. 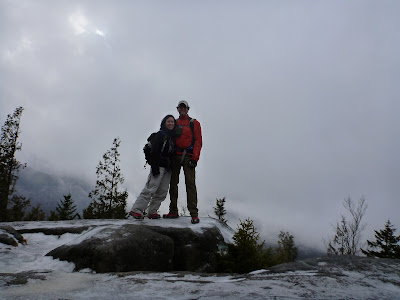 The summit of Mt. Jo. Please be aware that this "mountain"
was about 5 feet tall. 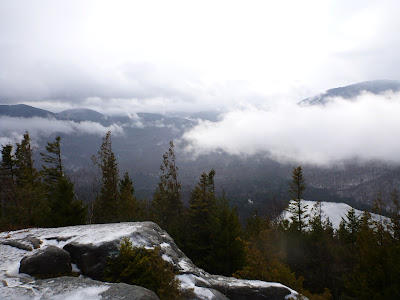 I was grumpy when we started this hike -- I wanted to be
cross-country skiing but the trails were closed due to lack
of snow. By the time we got to the top, though, I was no longer
grumpy and was glad to see a place I wouldn't have seen otherwise. 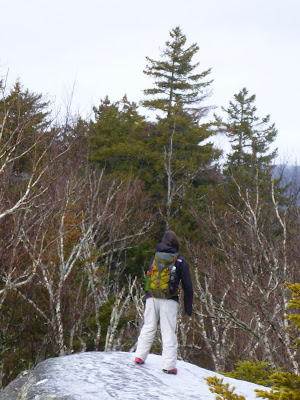 The next day it was finally time for some downhill at Whiteface. We love it there -- for the east coast, it has decent snow, long runs and way less ice and slush than in the Poconos. As an added bonus, lift tickets were half off on New Year's Day. The lift lines were non-existent so it only took us a few hours to burn out our legs. But it was sunny and warm so we kept going until our legs were in danger of staging a walk-out. 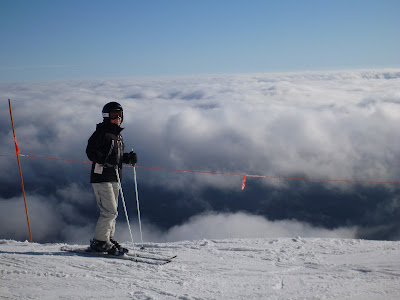 I could have stood in this spot all day and stared at
the view. Pretty impressive. ﻿ 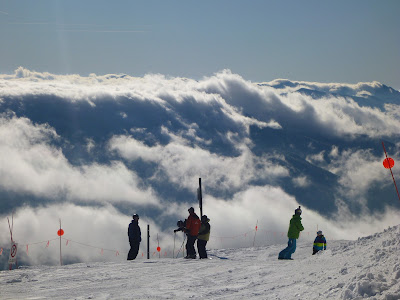 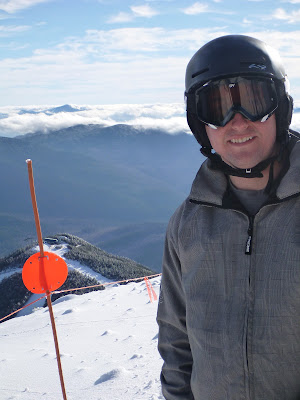 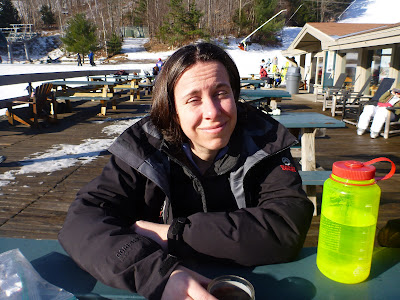 The base was so warm that we got to eat lunch (cheese sandwiches,
coffee, pizzelles, trail mix, apples and Goldfish --lunch of champions.
Or lunch of a 3-year-old with a caffeine habit) outside.

We also got to ice skate on the Olympic speed skating oval. We decided to go at night, just as the temps were dropping from the low 30s to below zero, where things would stay for the rest of our trip. A brilliant idea. 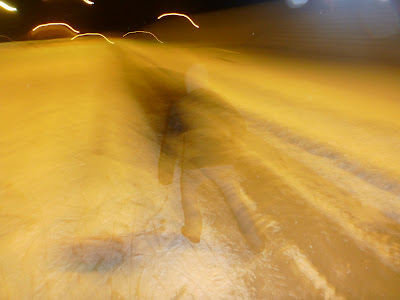 So fast that I am a blur. 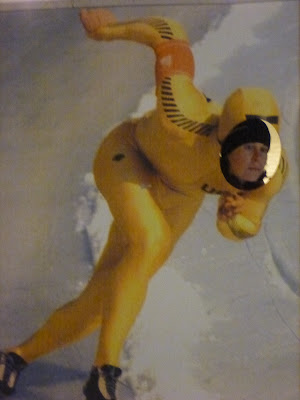 Finally, it snowed -- enough that we got to cross-country ski. I got to try out my 83 cent boots! They worked well and the new skiis were great, too. For $20 total for the two of us we got to spend the day doing laps along the trails that hosted the 1980 Olympics. I am sort of a winter Olympics dork (and I am already getting excited for the 2012 summer games) so this was pretty great to me. 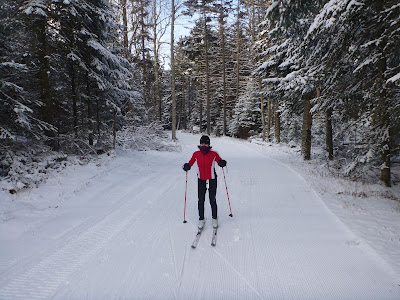 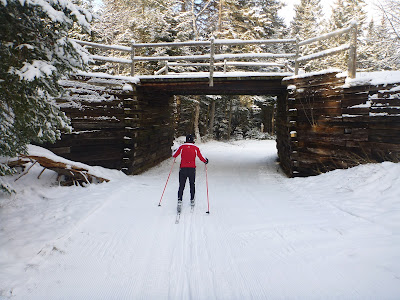 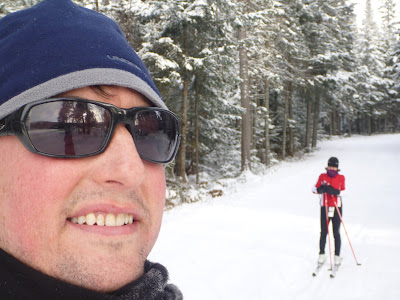 Words cannot express how damn cold it was -- the low was -15. I had to stop a lot to ball up my hands in my mittens to warm them up. Bill, however, seemed to think it was springtime and actually stopped to take off layers. I was jealous. But it was so quiet and calm that I sucked it up and we managed to ski for most of the day.

Now we're home, and training for whatever the spring season will bring us is gradually getting going. Not registered for anything yet, but if I actually do all the races that have piqued my interest there will be many miles of racing between march and June!

This post was going to be about our outside (and freezing) adventures during our Lake Placid vacation. However, right now I am dripping sweat after a short run in 60-degree temps in Maryland. I am not in this mood to write about the cold. So I am going to write about the next tattoo I want -- I already have one representing running and one representing biking (in addition to a few others). Now I want one representing adventure racing but am having trouble deciding what it should look like. Anyone got any ideas?
Posted by Laurie at 2:46 PM 10 comments: